Professional Scrum Master (PSM) is THE cutting-edge course for effective Scrum Masters and anyone supporting a software development team's efficiency and effectiveness. The Professional Scrum Master class introduces the principles and (empirical) process theory underpinning the Scrum framework. These are foundational insights upon which the rules and roles of Scrum are explored and discussed. The focus on the Scrum Master role includes advanced thinking tools for servant-leadership and behavioural shifts, working with people and teams, coaching and facilitation, and scaling Scrum.

Those who will be Scrum Masters on a Scrum project, leaders, change agents, process owners, and anyone involved in helping the organization adopt Scrum.

The Professional Scrum Master course is primarily targeted at those responsible for the successful use and/or rollout of Scrum in a project or enterprise.

Attendees will be able to make the most of the class if they: 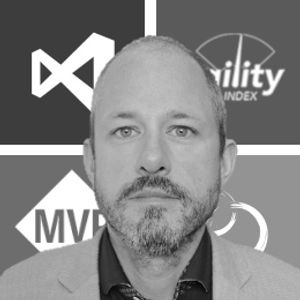 Martin Hinshelwood is a consultant for naked Agility Limited and helps organisations to deliver better software faster by adopting DevOps & Agility using Visual Studio, TFS/VSTS, Azure, & Scrum. Martin has been a consultant for 6 years and previously had 10 years' experience in engineering software solutions.